07 Febbraio 2023
The Dover shoe factory was born in 1974 thanks to the entrepreneurial skills of its founder Danilo Bonfanti.
The name of the factory came from the famous white English cliffs,mentioned by poets and singers,which had always fascinated Bonfanti's family.
In the early years of its life, the Dover shoe factory was a small family-run reality that produces shoes and loafers for man. The very first sample collection was presented in summer 1974, with many sacrifices after only twenty intense days of work.
The following season, after studying the current trends, the factory began producing "indianini" loafers, both for man and woman, and the success was such immediate enough to produce more than 400 shoes per day.
The shoe factory, due to the huge demand for shoes,decided to expand, reaching 30 employees in a few months.
Dover following the cues dictated by fashion,produced season after season ever more innovative and current shoes. From the loafers and the patent long boots in the 70's, the "desert boots" in the 80's, to the combat boots in the 90's, Dover has produced shoes using its own name up to the 2013 year. Dover has been a famous made in Italy brand for 40 years, as well as a shoe factory.
The shoe factory grew up with constancy, so that in the 90's and early 2000s one hundred artisans were working for the company, led by the wise entrepreneurial and and artisanal skills of Danilo Bonfanti.
He transmitted his passion for craftmanship in the shoemaking field to his daughters Valentina and Patrizia who, since a very young age,collaborate for the family company.
In 2015 was born the sneakers brand "Andia Fora" and in 2016 Patrizia Bonfanti created the homonymous brand.
"Andia Fora" and "Patrizia Bonfanti" collections are still produced in the Dover factory, where for 40 years avant garde and tradition have been leading the vicissitudes of this beautiful all-italian entrepreneurial history. 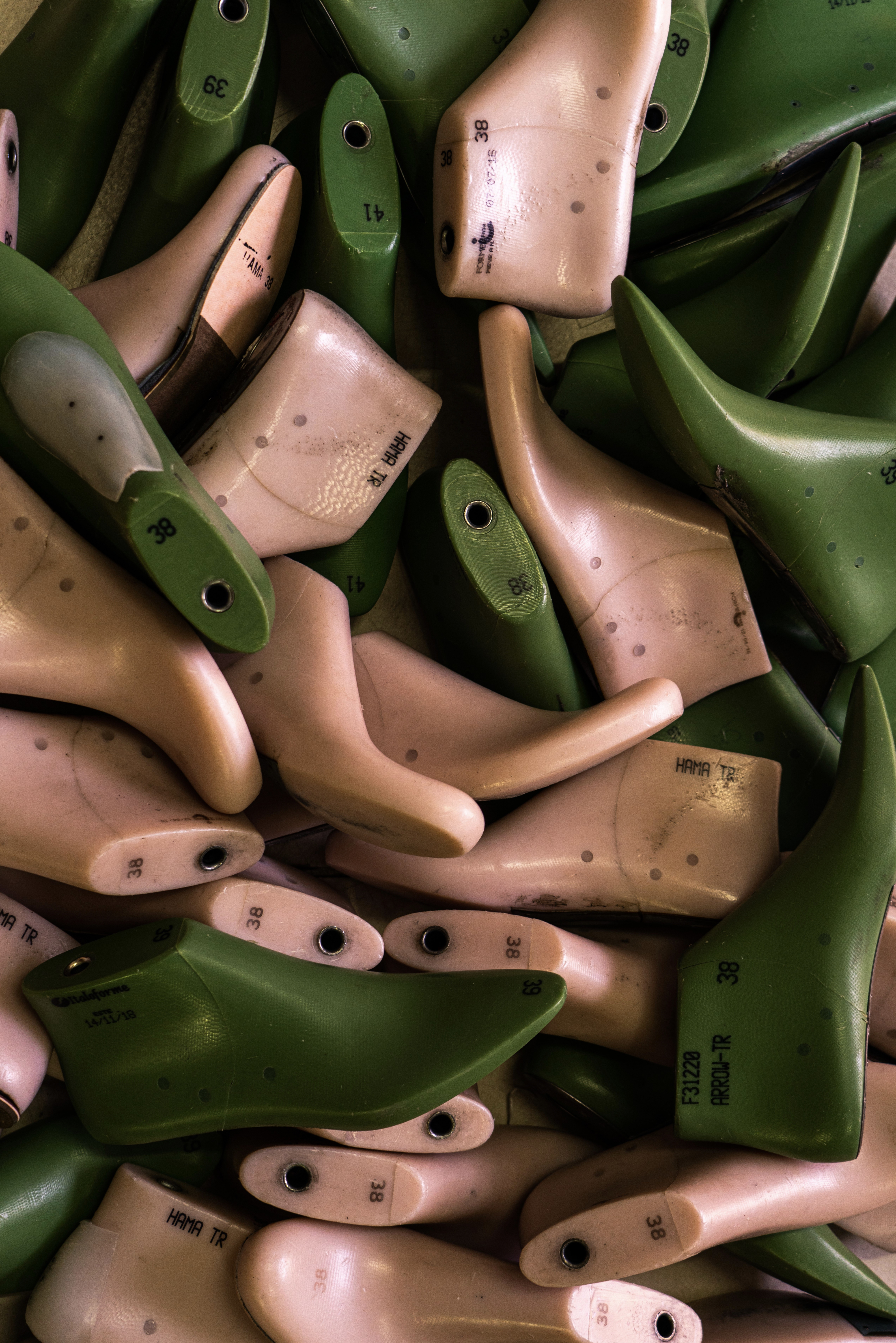 Realizzazione siti web www.sitoper.it
close
Choose the language
It appears that your browser language is different from the website.